I went to 3 dives in the direction of Phi Phi Island.

This day was also a consecutive holiday in Thailand, and it was crowded with Thai guests and Thai residents on the boat.

In the sea, it feels like good water conditions and muddy water mix in the sea.
It's beautiful here, but when I went there, it felt like it was moody, and it was a 50/50 sea.
It's a common sight here at the dive site in Phuket, but this water circulation probably forms a rich sea.

On Bida Knock Island, sharks roam in a shallow, narrow bay. There are many young individuals less than 1m and they are cute. Occasionally, a big individual will come in, but ...

The famous Golden Wall is still alive, but is it nutritious? It's spread out in the area, so it's amazing in front of me, but I'm a little disappointed that I didn't feel like I could see the whole thing.

The third shark point is as good as Phi Phi Island, and the fish are still in the chaotic water that is typical of Asia. Such an underwater landscape is also unique to Phuket!

Today was a lively day both on the boat and in the sea. Today I went to 3 dives in the direction of Rachanoi Island.

On Rachanoi Island, dive in Banana Bay, Banana Rock on the east side.

The coral colony at Banana Rock is one of my favorite points that I never get tired of looking at.
Only this place survives the destruction of the coral, and you can see the growth process of the coral every time you dive, and it is a growing colony that is expanding more and more than before.

In the photo, the clusters are so wide that you can't take the whole picture!

Kinsen snappers were also present on the wreck on Racha Yai Island, and swarms of barracuda and yellowtail scads were spinning around.

Today was a lively day both in the boat and in the sea, probably because of the consecutive holidays in Thailand. On this day, diving at the dive site "South Chip Pinnacle", which I haven't known for the first time in a long time!

A hidden root point slightly offshore from the southern tip of Rachanoi Island.
It is a dive site for intermediate and above because it has depth and is greatly affected by the flow, and it is a dynamic terrain point reminiscent of diving in the Similan Islands.
At such a dynamic hidden root point, I would expect a big encounter, but unfortunately this day ...

Depending on the sea conditions of the day, there are many cases where you cannot dive, so it is a rare dive site at a point near Phuket.

I've been diving for the first time in a while so I'm a little nervous!
I wish I could meet a big game with this, but ...

This is also the world of diving!

In a sense, it is possible to dive at this point only now that there are many Thai local diver guests. !! Following Coral Island the other day, I went to Phi Phi Island fan diving the next day.

It was raining from the morning on that day, but by the time we started diving, the rain had stopped and we managed to avoid diving in the rain.

Although it was a dive in a cloudy sky, the condition was refreshing in the sea.
As usual, the sea of Phi Phi Island feels like a fluffy fish dancing.
I dived on Bidanai Island for the first time in a long time on this day!
It's been a long time, and it was a nostalgic dive.

The third dive was a shark point, but it's in good condition here as well.
In the latter half of the dive, the fish were noisy and the atmosphere was nice.

On this day, the sea was cleaner than the sky, and I enjoyed a pleasant dive!

# From Bidanai Island, you can see Phi Phi Lei Island in the back #
# Classic "Golden Wall" on Bida Knock Island # The other day, I went diving to Coral Island.

I was worried about the weather on the weekend, but this day it was sunny from the morning!
The island was also crowded with many Thai tourist guests.

Coral Island, which is a little off the coast of the large Chalong Bay, was less affected by the waves and had a pleasant calm sea condition. Even in the sea, the condition is quite good from the shallow area where you can reach your feet.

It was a sea condition where you can enjoy diving and snorkeling!

# The photo shows the beach on Coral Island on the day # The other day, I went diving toward Rachanoi Island.
Recently, the weather in Phuket has collapsed on weekends, but unfortunately it has been cloudy since the morning. However, let's leave it as Yoshi even if it didn't rain.

By the way, in the sea, although the open ocean makes a little wave, there is no problem if it enters the big island shadow.
There were many Thai guests from Bangkok on that day, and the boat was a little crowded.

In the sea, it's not as refreshing as Rachanoi Blue, but the average is usually higher on the east side, so it's as usual.

And diving in Rachanoi Bay after a long absence.
For me, I visited the white sand point, which I think is the most beautiful of all the dive sites in Phuket, for the first time in a while. The water depth is shallow, but if the sun shines well here! something like that. It was a little difficult to stay slowly because the timing was like a strange reversal flow.

This is a healing point that you want to relax while underwater.

Although it is still a little limited, diving boats also depart every day.

# The photo is Rachanoi Bay from the boat 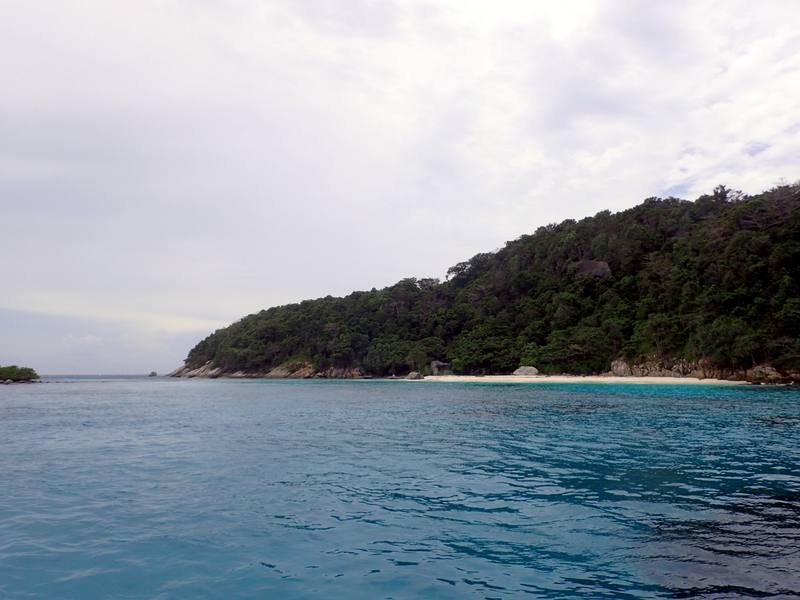 The other day, I went to Coral Island Tour.
It was a plan that was changed to diving in a hurry, but this was also the first time in a while on Coral Island diving.

While the regulations are still continuing and there are few guests, I feel a little lonely, but in a sense it is a private reservation state.

On the day of the trip, you can enjoy a pleasant diving blessed with the weather and sea conditions, and stay in the sea and island with almost all reserved, you can fully enjoy the feeling of a tropical resort. Although the schedule will be limited, boat companies are gradually holding diving tours. We have been holding tours for a limited time by checking the body temperature before boarding, wearing a mask on the ship, installing alcohol disinfectants, and devising ways to maintain social distance. 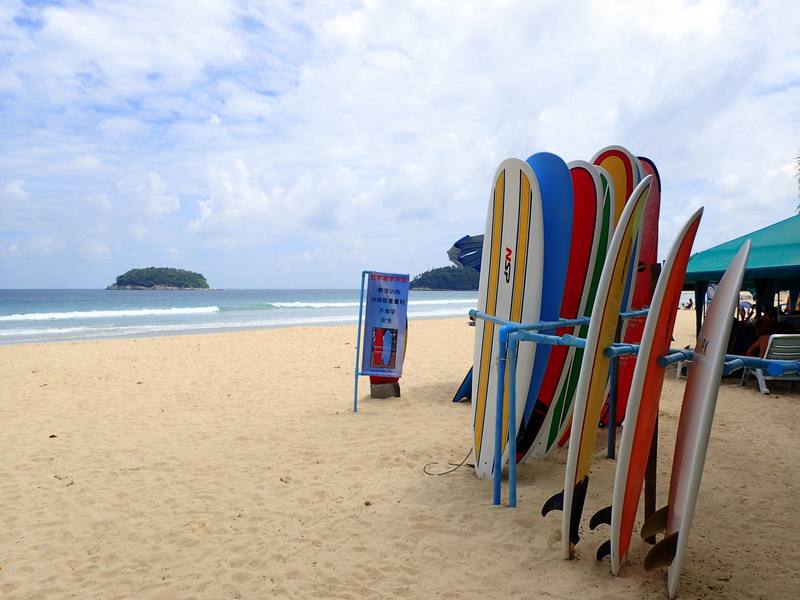