Current status of COVID-19 in Asia and local information [Latest].

Check the latest COVID-19 updates on Asia. Travel safely and stay in the know with timely local news and coronavirus information straight from professionals in the tours and activities industry. Panda Bus Vietnam Sales Office.
We would like to inform you about the status of the new coronavirus in Vietnam as of June 21, 2021.

▶ Coronavirus infection status
As of June 21, 2021, a total of 13,258 people were tested positive for the new coronavirus in Vietnam. A total of 10,0078 people were infected in the community after April 27, when the fourth wave cluster occurred. The number of people who have recovered is 5,229. The current death toll is 66.

Ho Chi Minh City has decided to suspend the operation of public transportation and the street market such as food stalls due to the rapid spread of the new coronavirus. For public passenger transportation, buses and taxis, vehicle charters using the dispatch app, and long-distance buses that cross provinces and cities are eligible. Motorcycle taxis and delivery can be operated as usual, but drivers are required to declare their health. Furthermore, the restrictions on gathering have been tightened, and the number of people allowed to gather in public places other than workplaces, hospitals, and schools is limited to three, and citizens have been instructed to refrain from going out unnecessarily. For the first time in a year and three months, the Shanghai Acrobatic Troupe "ERA Space-Time Journey" has resumed performances at Shanghai Circus World.
Initially, it will be performed only on Saturdays and Sundays, but after August it will be performed every day except Mondays.
I was excited to see the first day of the performance.
Ticket reservations have also resumed.
https://www.veltra.com/… Today is the summer solstice, so
I would like to introduce the recently opened pool at the IR facility in Macau.
It is a "water park" that opened in May in the large complex "Studio City" in the Cotai area.
It has a 450-meter-long flowing pool "Reverse Cape", an artificial beach, a fountain and a slider.
It will play a major role in attracting family members during the summer vacation. 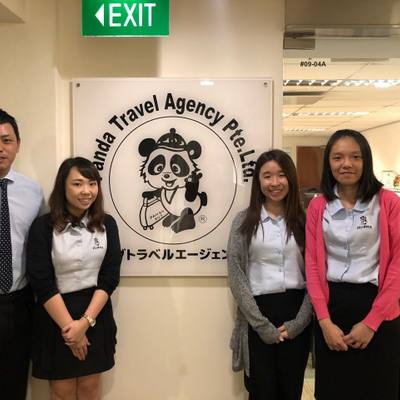 The Ministry of Health of Singapore announced that the number of people infected with the new coronavirus by June 20 is as follows.

The Ministry of Health of Singapore announced on the 18th that it will lift the ban on in-store eating and drinking on the 21st as a countermeasure against infection with the new coronavirus. Since the community-acquired infection has not subsided, the number of people in the same group is limited to two, but the people involved in the restaurant expressed relief. We plan to further deregulate from mid-July. [I want to support Taiwanese farmers]

We are doing crowdfunding to support Taiwanese farmers who have been hit by the corona.
When you pass in front of a fruit shop in Taiwan, you will smell a fluffy sweet scent. If you look closely, you can see apple mangoes for sale.
It is a special mango that is one of the best in Taiwan and has been recognized by the strict connoisseurs of the fruit shop "Shunkaya". [Macau local information]
From June 18th, minors between the ages of 12 and 15 can be vaccinated, and reservations are now accepted.

[Holiday]
This Monday, June 14th, was the Dano Festival in Macau.
This day has its origin in exterminating the plague, driving away the plague god.
On this day, we will do a dragon boat race and eat rice dumplings.
During the corona period, there were many areas where the race was canceled to prevent infection,
In Macau, a dragon boat race was held with no spectators.

There are various types of rice dumplings, from sweet to soy sauce.
Personally, I love soy sauce-flavored pork dumplings. On June 14, the Philippine government announced the community quarantine measures from June 16th to June 30th, 2021. JTB BALI Sunday Market was held on June 13, 2021! We have decided to make effective use of the large site of the JTB office to contribute to Bali as much as possible, and to hold it on the 2nd and 4th Sunday of every month. And on the day of the event, many tenants exhibited and more than 300 people visited us! Bali's famous organic vegetables and tofu shops, shaved ice, sashimi, Korean food, Indonesian food, batik clothes and natural soap, and ramen by a chef of a famous luxury resort. And at the kids corner, the children were having a lot of fun. Because of the corona disaster, I would like to liven up Bali safely and as a whole! [Macau] As of today: We have achieved zero infectious people in the city for 444 consecutive days.
Regarding the number of vaccinated people (total of the first and second times): Over 180,000 people Residents in Macau District: About 700,000 About 25% of the total number of people have been vaccinated.

Almost 16 months have passed since February 2020, when the corona broke out in Macau.
From the viewpoint of infection control, immigration control is strict and foreign nationals are prohibited from entering the country.
It is a big blow to the hotel and tourism industries.
Macau itself is a tourist city, and the economy relies heavily on the tourism industry,
Is it the feeling of all the workers that there is no help for it?

Currently, only tourists inland China can enter Macau without isolation (medical observation period).
Still, PCR test (negative proof) is necessary, and 48 hours after the current test is valid.
If you plan to stay longer than that, you will need to undergo the PCR test again in the ward.

I have been in Macau for over a year in Corona.
Think positively as a good opportunity to rediscover Macau.
I would like to prepare for the recovery of the tourism industry in the future.
"Refueling! (Let's do our best)"