The customer was a family of four living in New York who traveled to Las Vegas during the summer vacation.
The tour was a mixed ride plan, but since there were no other participants, it was reserved for the family.

On the first day, we visited Bryce Canyon National Park in the morning, visited Antelope Canyon and Horseshoe Bend in the afternoon, and finally watched the sunset at Lake Powell.
On the second day, I went sightseeing in Monument Valley in the morning and then slowly went sightseeing in Grand Canyon until sunset.
On the third day, after seeing the sunrise in the Grand Canyon, I moved to Sedona for a day's sightseeing, then stopped at Route 66 (Seligman) and returned to Las Vegas.

There was a scene in the Grand Canyon on the way, but I was worried that Antelope Canyon was able to go sightseeing as planned without being affected by the rain, and the customers were happy.

I have received a photo showing the state of my close family, so I will post it. On July 23rd and 24th, we held a one-night, two-day Grand Circle tour.

The customer was a family of three stationed in San Francisco.

On the first day, I left Las Vegas early in the morning and first visited Bryce Canyon National Park. After that, I moved to Antelope Canyon, but due to the influence of flash floods, I gave up sightseeing that day and switched to the next morning tour. After that, Horseshoe Bend and finally Lake Powell watched the sunset and the day ended.
On the second day, we succeeded in revenge at Antelope Canyon, which was transferred from the previous day! I slowly enjoyed the fantastic scenery of Antelope Canyon that I was looking forward to. After that, I went back to Las Vegas after sightseeing in the Grand Canyon and Route 66 (Seligman).

This customer was also affected by the closure of Antelope Canyon, but fortunately the transfer was made the next morning on the way, so I was able to finish sightseeing all.

It seems that the weather in the Grand Circle area will be unstable for a while.
If you are planning a trip to the Grand Circle during your summer vacation, don't forget to bring rain gear in case of sudden rain. The customer was two women who participated with friends living in Connecticut and New Jersey.

I was planning to go to Antelope Canyon on the morning of the second day of the tour, but the valley was closed due to the flash floods from the previous day. It was said that it would resume in the afternoon, so I suddenly changed the schedule after that and tried again in the evening, but unfortunately the sightseeing in Antelope Canyon did not come true because it was closed for one day.

Even so, all the sightseeing except Antelope Canyon was done as planned, so I enjoyed the trip itself.

I will post the photo from the guide in charge this time as well.
* Grand Canyon sunrise * Monument Valley (from visitor center)
* Zion National Park (Checkerboard Mesa) 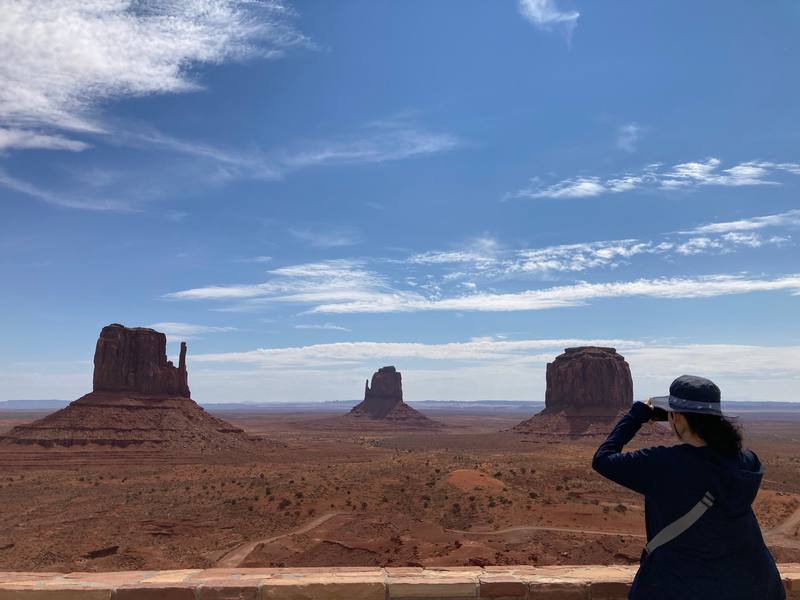 We held a day tour of the Grand Canyon on July 22nd.

The customer was a couple living in Boston.

Recently, due to the influence of the monsoon, convectional rains are common in the Grand Canyon area.
Heavy rain and flood warnings are issued almost every day, but the Antelope Canyon was closed for the first time today (July 23) due to flash floods, and all tours were cancelled. 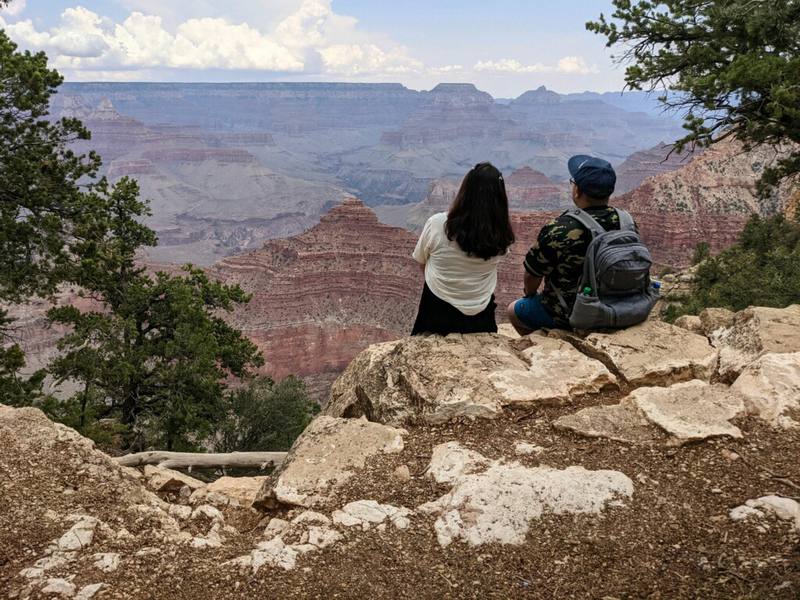