In some states and isla…

In some states and islands in Malaysia, including Sabah, where Kota Kinabalu is located, the activity restriction order (MCO) will be re-enforced from January 13 to 26 (2 weeks) due to the increasing infection. Was announced by the Malaysian government. There is a possibility of extension, so we will update it again in that case. Areas with low levels of infection will continue to have activity restrictions for recovery until March 31st.
The state of Kota Kinabalu today seems to be that the market and supermarkets are crowded due to shopping before the cage, and traffic jams are occurring for people returning to their parents' homes.
For details, please refer to the link below at the Embassy of Japan in Malaysia.
https://www.my.emb-japan.go.jp/itpr_ja/newinfo_01112021.html In Sabah, where Kota Kinabalu is located, there was a movement of people in the election held at the end of September, and due to the third wave of corona infection, the Conditional Activity Restriction Ordinance (CMCO) will be issued from early October until November 9. It has been announced.
The restaurant is open for take-out only, and schools, public beaches and parks are also closed.
Up to 2 people can travel by car, and although the minimum required shopping is allowed, a mask is required and a strict SOP is laid. The city is quiet, with many offices closed.
The number of new cases in Sabah yesterday, November 2, was 503, of which 149 were infected in Kota Kinabalu, followed by 138 in Tawau on the east coast.
It is said that the government will announce the response after the 9th this weekend, but it seems difficult to cancel it in Sabah, where the number of infected people has not decreased.
All the staff are working hard to prepare for the delivery of online tours, etc., as soon as this third wave subsides. We will update it as soon as the government announces it. 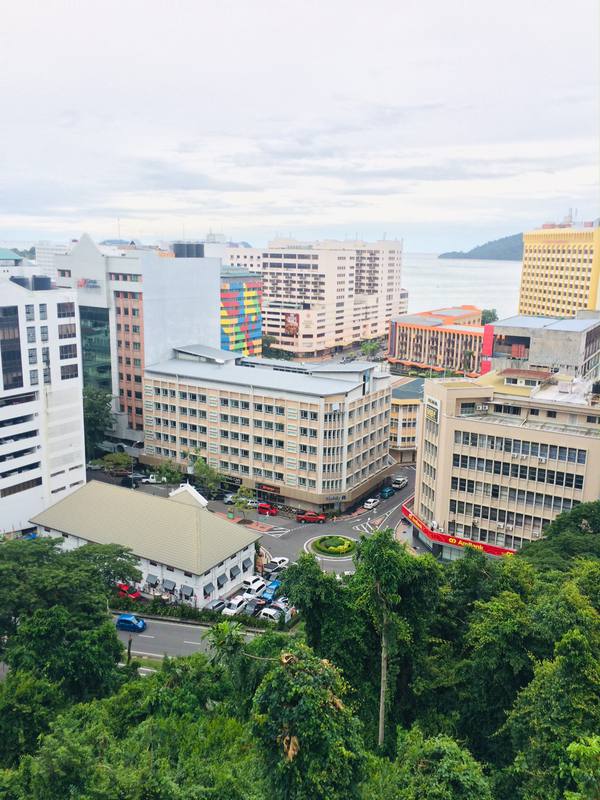 Beautiful sunset Kota Kinabalu 🌞
We pray that the new coronavirus infection will end as soon as possible and that the day will come when you can see this beautiful sunset live. The number of people infected with corona has increased, and from October 13th to October 26th (provisional), the Conditional Activity Restriction Ordinance (CMCO) has been reissued throughout Sabah.
The branch staff will be working from home and will be stay home again for a while.
Traveling abroad from Japan is still difficult, but we pray that the new coronavirus infection will end as soon as possible and that we will be able to provide you with a wonderful trip.

How nice! Introducing the latest information on Malaysia and how to enjoy Malaysia.
https://www.facebook.co…