The number of infected people is increasing in the state of Pinares Rio, which is located in the westernmost part of Cuba, and the state has retreated to the restricted infection period and is again subject to restrictions on infection prevention measures.
On the other hand, the number of people infected with Havana has settled down to 0 to 1 digits, and most public facilities, government offices, restaurants and other social activities are reviving. People who go to the city also look the same as before Corona, except that they are wearing masks. However, there is no usual greeting of kissing, shaking hands, or hugging each other ...

On October 25th, an international flight with tourists arrived at Varadero International Airport for the first time in 7 months!
After undergoing a health check and PCR test at the airport, 241 passengers from the UK headed to two hotels on Varadero Beach to enjoy their vacation.
Several flights have been confirmed from France and other countries in November, and tourists from Europe, which is a leading market in Cuba's largest resort area, will be a clue to the recovery of tourism in the future! !!

Of the newly infected people, 10 are returnees from overseas, and 46 are domestically infected, which is a little high in the past week, but the number of recoverers exceeds the number of newly infected people. Overall, it continues to decline.
From October 19th next week, transportation between the regions, which had been suspended, will start, and it will be possible to travel from Havana across states. There is a concern that people's movements will become more active and lead to the spread of infection again, but this is also a step toward a "new daily life", and each person wants to be careful enough to connect to the post-corona. ..
Expectations for sightseeing in Varadero, Cuba's largest resort area, which started yesterday! 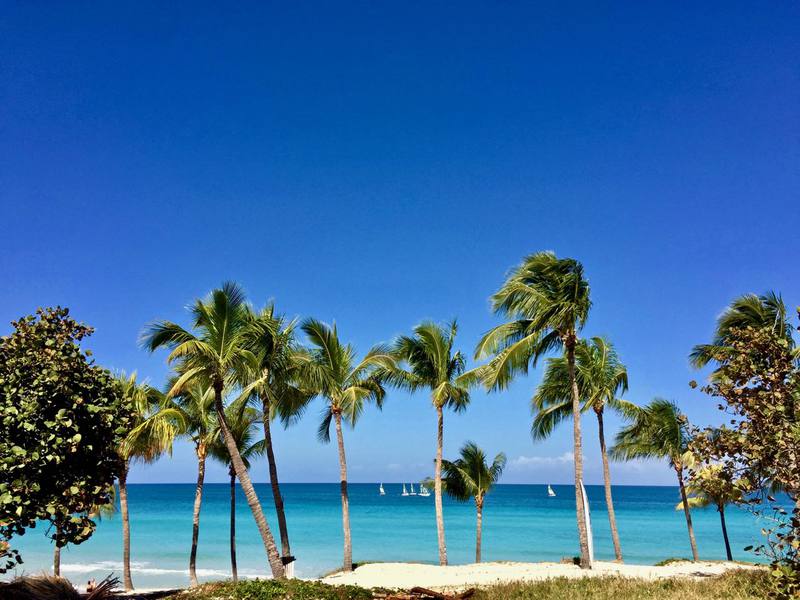 On October 12, Cuba's measures against corona entered a new phase.
Sancti Spiritus and Ciego de Avila continue to have a limited duration of infection.
Havana is convalescent from infectious diseases Phase 3: Service, near normalization of production activities, maximum consideration of infection risk, and act according to each preventive measure to reduce infection.
Areas other than the above three states have adopted new daily lifestyles: service, recovery and stability of production activities. Strengthen infectious disease monitoring, comply with and control hygiene measures, and maintain health at your own risk.
This will resume many public and economic activities in Havana. However, as announced in advance, the reopening of the school will continue on November 2, and the closure of Havana International Airport will continue and the reopening is undecided. It's been a week since Havana's regulations were relaxed. With the start of public transportation, many people buy groceries and daily necessities in urban areas.
On the other hand, the tourist spots in the old town are quiet and unpopular, with restaurants and shops still closed. Updated at 23:59 on October 5 Infection status up to today 38 newly infected people, 480 currently positive people, 5278 people who recovered, 123 people who died, 5883 people who were infected

The Ministry of Tourism announced on October 15 that it will start accepting foreign tourists to Varadero, the largest beach resort in Cuba and familiar to Japanese people. Twelve hotels in the airport and Varadero have already completed preparations for acceptance, and we plan to gradually increase the number of hotels in the future.Medical staff such as specialist doctors will be assigned to each hotel to manage the health of guests and employees. It is said that a thorough system will be taken.
Currently, you are required to stay at a hotel in Varadero, and you cannot go to other tourist destinations such as Havana. However, the Cubans are also pleased to see it as a sign that tourism will gradually recover towards the travel season from November. 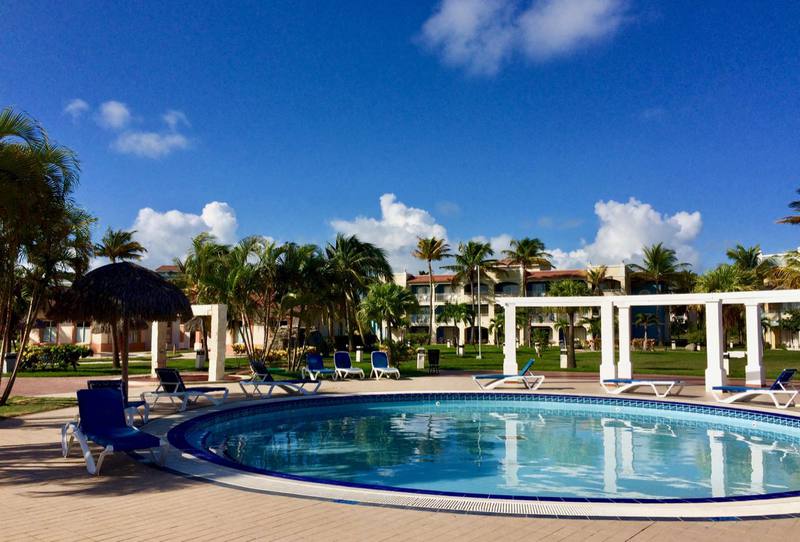 From October 1st, regulations for preventing corona infection in Havana have been relaxed. The main contents are as follows.
・ Lifting of the prohibition on going out from 7:00 pm to 5:00 am.
・ Lifting restrictions on the movement of private cars and motorcycles.
・ Lifting restrictions on mobile sales outside the district.
・ Lifting of prohibition on purchases outside the residential area.
・ Eliminate the shortening of store business hours and operate in normal hours.
-Resumption of public and private commercial and service activities with a capacity of 50%. Excludes privately-sponsored parties that can be in close contact with bars, discos, public and social distances.
・ Beach release. The pool is limited to 30% of capacity and reopened.
・ Resumption of public transportation. Operates from October 3rd with 80% standing boarding.

It is almost the same as when the regulations were first relaxed and moved to Phase 1 in July, but access to Havana from rural areas is still restricted, masks are not worn, lack of discipline in public places, and hoarding of goods. Strict fines will be imposed on resale.
The number of people infected with Havana has decreased to 10 people a day, so I hope that they will continue to calm down and gradually resume their social activities.

In addition to Havana, the capital, the infection rate continues to be high in central Ciego de Avila, but the statistics for the previous week and the previous week have been declining.
Hundreds of people, mainly Canadians, have visited resorts on remote islands, which were lifted in July. Not only the remote islands that are currently accepting tourists, but also the largest beach resort in Cuba, Varadero, and other airports and accommodation facilities, we have prepared a system that fully responds to infection prevention toward November when the Caribbean sea area reaches the tourist season. We are preparing to accept overseas tourists. However, the time to lift the airport closure and start normal international flights has not yet been reached.

Despite the reduction in the movement of people due to the additional regulation that started on September 1, the number of infected people did not decrease easily, and it was decided that the regulation will be extended until the end of this month.

Regulations have become stricter since September 1, and there are restrictions on entering and leaving Havana Prefecture, and restrictions on the movement of vehicles and people in the prefecture have been set. Supplies (meat, vegetables, etc.) will not come in from the rural areas, and the lines will become longer at each market and supermarket, and the police are in control.
There is also a fine system for residents who don't wear masks, who don't wear masks properly, and who use vehicles that violate traffic rules. New restrictions have been announced against the increase in infected people in the capital city of Havana. It will run from September 1st.
・Prohibition of moving from or to Havana ・Reduction of business hours at supermarkets, etc. ・Prohibition of entry to supermarkets other than residential areas ・Introduction of remote work ・Extension of closure of educational institutions in Havana.

The tropical storm Laura has landed in Cuba and has been alerted throughout the island. Residents are shopping for food and beverages and cutting and preparing branches so that the trees around the house do not fall. The number of new infections has fallen by half since the regulation was tightened again in Havana since last week. Police enforcement is increasing, and fines will be imposed if there are parents with children. In view of the recent spread of the new coronavirus infection, it was decided to return Havana from normal phase since July 3 and phase 1 of phased deregulation to a limited domestic phase of infection. Measures such as prohibiting eating and drinking at restaurants and bars, restrictions on moving from Havana to other prefectures, and closing places where people gather such as pools and parks in Havana prefecture were announced. Updated 23:59 on August 6th. Infection status up to today 54 new infections, 686 currently hospitalized, 2429 recovered, 88 dead, 2829 cumulative.
While the number of infected people in each prefecture is on the rise again, there are prefectures and regions where phased mitigation has returned to the first phase, and some prefectures have strengthened various epidemic prevention measures.

Updated on August 2 at 23:59. Infection status until today 24 new infections, 302 currently hospitalized, 2369 recovered, 87 dead, 2670 total.
Since the beginning of the third phase, the number of infected people has increased in many prefectures, and clusters have occurred in places where religious ceremonies have been conducted. In the old town, we saw locals and foreigners who lived there. Some restaurants and shops are open, but most are still closed. I couldn't even see the famous classic car in Havana. It seems that it will take some time for foreign tourists to resume in Havana. Infection status up to today 23:59 updated on July 19, 0 new infections, 131 currently hospitalized, 2308 recovered, 87 dead, 2446 cumulative.
From today, 13 prefectures except Havana and Mayaveke will enter the third phase of phased mitigation. However, not all of the regulations set out in Phase 3 are allowed and airports and foreign tourists will continue to be accepted only on remote islands. Maintained Phase 1 in Havana and Phase 2 in Mayaveke. 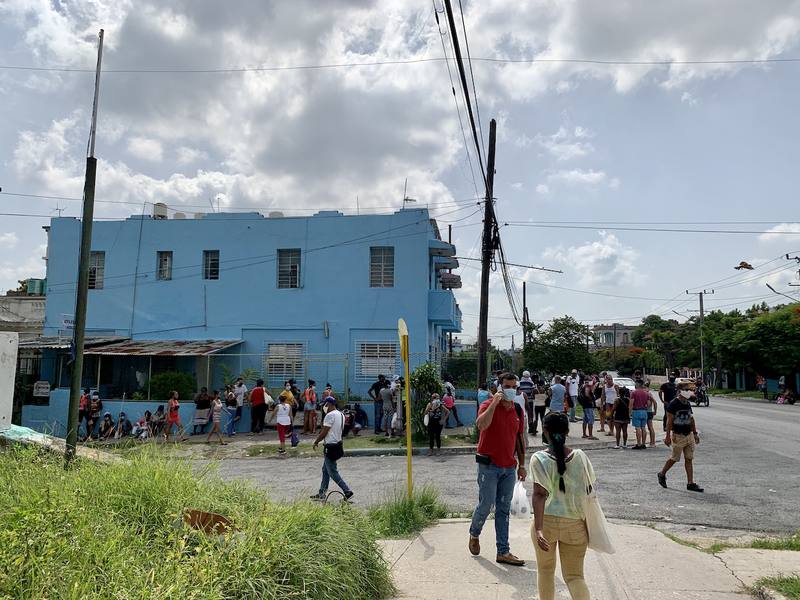 Since Havana entered the first phase, the number of people going out has increased, and although they are wearing masks, the line for procuring supplies remains the same as before. Although the number is small, public transportation has started to move. It was announced in Havana that the first phase of the phased easing of regulatory measures taken against the spread of the new coronavirus infection will begin on July 3. Other regions, which have already entered the first phase, will proceed to the second phase with the further progress of gradual mitigation except for Matanzas Province. As a general rule, wearing masks and keeping people at least 1 m apart in the store will start accepting tourists visiting remote islands. Foreign tourists are only allowed to visit Cayo Largo, Cayo Coco, Cayo Guillermo, Cayo Cruz, Cayo Santa Maria, and are not permitted to stay in other states or regions. Unnecessary going out is still restrained, but many people are out in the city in search of supplies that are getting less and less day by day. The use of transfer masks and the distance between people are regulated. Recently, a list of hotels that will resume operation in the future for Cuban and foreigners in Japan was announced. Once domestic travel stabilizes, it will resume accepting foreign visitors. We will propose a tour that can deliver a safe and comfortable trip while obtaining the latest local information.

As of June 17, there were 15 infected people, and the cumulative total so far is 2295. Due to the self-exclusion regulations, restaurants other than delivery and take-out are closed. Public transportation is also stopped.

Although it is still a system to refrain from going out, markets and supermarkets are still open. It is mandatory to wear a mask when going out, and it is imperative that you keep a distance of at least 1 m between people inside the store. Currently, borders and airports are still closed. We are planning to allow gradual acceptance, but only Cubans in the country and then foreigners will be allowed. However, foreigners can only visit the designated north and south coasts and remote islands. The start date for international commercial flights has not yet been determined, but these flights will be suspended until at least August 1, according to information released by Cuban airlines to peers around the world.

Foreigners are not yet accepted, but once it is reopened we can arrange for Cayo Largo and other permitted resorts. We will propose a tour that can deliver a safe and comfortable trip while obtaining the latest local information.